Los Angeles is one of America’s primary cities, one of the most famous, most infamous and most populous all in one. It’s also a great place to live, work and play. Once the land of the Tongva people, it 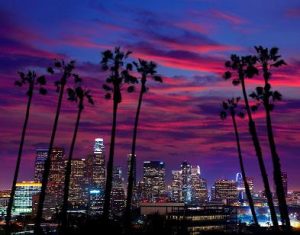 is now a place of a rich and diverse cultural mix which makes living here fascinating.

LA is the largest city in California and second largest in the U.S. With an estimated population of around 4 million and a hugely diverse demographic and economy, you will see everything and everyone represented here. Los Angeles sits by the Pacific Ocean with the mountains on the other side. It covers about 469 square miles in total.

Corporate rentals in LA are mainly apartments and condominiums and are purpose built. With locations across the city, there is a huge selection of accommodation for anyone working here.

Los Angeles has a huge economic output from across industries. From Hollywood to finance, aerospace to technology, most industries are represented here. LA is the largest manufacturing center on the west coast and the busiest port in the United States.

Getting Around Los Angeles

LA has five commercial airports, LAX, Long Beach, Bob Hope, John Wayne Airport, and LA/Ontario. LAX is by far the biggest with 9 terminals and hundreds of flights per day. There are buses and trains that take you from the city to the airports with varying degrees of schedules too.

Trains are also well served by Union Station in the city. Amtrak run into and out of here with Metrolink local trains serving commuters and locals. There are plenty of services but they get very busy and very hot. Metro Rail runs subway services throughout the city too.

Buses are plentiful with Greyhound, BoltBus, Megabus, Flixbus, Hoang Express, LuxBus and many others offering services to commuters and travelers alike.

Being Southern California, the car is the most popular form of transport by far. There are millions of cars on the road here, meaning traffic can be a real challenge. Due to the sprawl of the city, it is the only viable method of transport if you want to get anywhere quickly, although that’s a relative term here.

Los Angeles is a massive city with lots of life, energy and enthusiasm. Whatever your interest, hobby or passion, you’ll find something to satisfy it here. 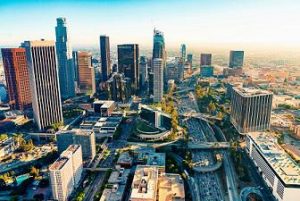