Berkeley is in the East Bay area of San Francisco Bay and is home to the world famous university. There is more to this city than learning though with a burgeoning arts and culture movement, lots of 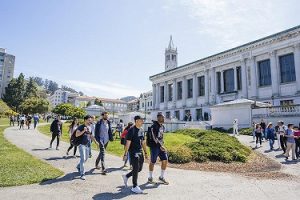 small and startup businesses and a free-thinking attitude that lends itself well to innovation.

Berkeley is a small city, barely 100,000 people but thanks to the university, punches way above its weight. It is bordered by Oakland, Emeryville, Albany and Kensington with the bay to the west.

Education is at the heart of this city, with the university, research and supporting industries dominating the local economy.

Most people living and working in Berkeley will be directly or indirectly employed within education. As well as the university there are dozens of research institutes and laboratories within the city limits and numerous supporting industries too.

The medical center in Berkeley is the Alta Bates Summit Medical Center. 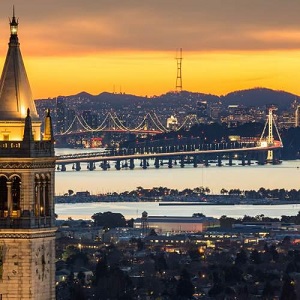 Bay Area Rapid Transit (BART) serves Berkeley, as does Amtrak at Berkeley Station. There is also a local service for tourists and commuters.

Greyhound and AC Transit both run buses services into and out of Berkeley.

Berkeley is served by I-580, I-80 over Bay Bridge and numerous local routes.

Berkeley has the usual mix of arts, culture and freedom as most university towns and then some. It’s a relaxed place to live with great shopping, dining and entertainment.