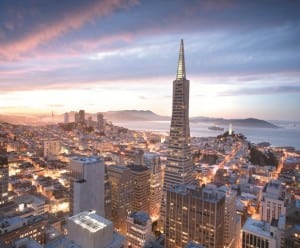 San Francisco’s history goes back further than most on our continent, thanks to some artifacts that date back almost 5000 years. We don’t know much about those first humans, but we think the evolved into Native Americans who were still living in the area when the Spanish arrived in 1769.

When the Spanish returned, they founded the Presidio of San Francisco and the Mission San Francisco de Asís and claimed the land as their own. California was then handed from the Spanish to the Mexicans who did not maintain the missions and sold the land to private investors.

The first such investor in San Francisco was Englishman, William Richardson. With others, he planned a small town and named it Yerba Buena, which was renamed San Francisco after the Mexican-American War.

Gold brought thousands of people to the city in the mid-19th century and the population grew rapidly. Even when the gold rush subsided, many people stayed to make their living in and around the city. Industries sprang up, trade increased and wealth flowed into the city’s coffers.

The year 1906 is infamous here as at 5:12 am an earthquake struck almost ripping the city in two. It was a dark day for San Francisco but one we quickly picked ourselves up from and rebuilt the city on a huge scale.

What to do in San Francisco

San Francisco is a real mix of cultures with a strong Spanish influence still very present. The city is still dominated by the Golden Gate Bridge and the skyline is one of the most distinctive in the world. With plenty going on and plenty to do, you’ll never get bored here. 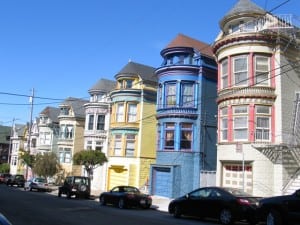 Any city as big and as diverse as San Francisco is going to have a large cultural footprint and we do. We have a huge number of galleries, concert halls, museums and places to absorb who and what we are. Highlights include; San Francisco Symphony, American Conservatory Theater, Palace of Fine Arts and The San Francisco Museum of Modern Art.

There is always somewhere to go and something to do here and music is usually at the center of it. With several entertainment districts, there is something here for everyone. Highlights include; Marrakech Magic Theater, Beach Blanket Babylon, Teatro ZinZanni and the Fillmore Auditorium.

We take every opportunity to explore and learn from our local and world history. We have some amazing museums and monuments, including; Asian Art Museum, Cable Car Barn & Museum, de Young Museum and the Museum of the African Diaspora.