Fort Myers is a small city on the west coast of Florida. It is an idyllic place to live, full of charm and character with all the benefits the Florida climate the southern hospitality brings. We love it here and hope you will too. 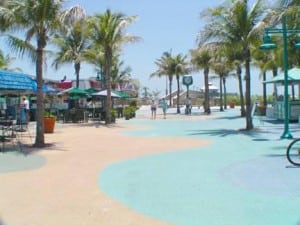 Fort Myers was founded in 1886 is a base of operations against the Seminole Indians. It formed the last of a chain running along the Caloosahatchee River. The fort was later moved to become Fort Harvie, which was extensively settled after the conflict with the Seminoles ended.

The area that would become the town was named after Colonel Abraham C. Myers, a soldier who was stationed in the area for many years and the son of the fort commander of the time. The fort was later abandoned until Union soldiers occupied it during the Civil War only to abandon it a short while later.

It wasn’t until 1886 that Fort Myers was settled properly, when Manuel Gonzales brought his 5-year old son to the area and built a home there. They were soon joined by others drawn by the water and the climate. This led to the area being used mainly for tourism and the Royal Palm Hotel was built to accommodate them.

The arrival of the railroad in 1904 brought hundreds more vacationers and more wealth to the area. The building of the Tamiami Trail bridge in 1924 brought further development and expansion. Tourism is still the main economic driver of the area. 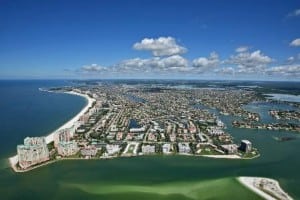 The climate in Fort Myers is still the biggest draw for snowbirds and vacationers. Officially it’s a subtropical monsoon climate. That means long hot summers with plenty of humidity and cool winters. We get storms and rain during June to September, but these can be pleasant too.

Getting Around Fort Myers

You’ll probably fly into Southwest Florida International Airport if you fly direct. Otherwise you’ll probably come from Miami and drive up to the city. The airport is fairly close and easy to get to, making it the most popular way of getting here.

You can also arrive by boat, train or car, with easy access to the rest of the state. Traveling by car is easy, the rush hour provides a little interest, but nothing like you would get in Miami or somewhere. Cycling is also popular here as it’s green, convenient and the weather suits it perfectly. Local bus routes are run by Lee Trans, which run commuter buses across the city.