Blu Corporate Housing thrives on personal contact and customer service. We are people people and have based the success of our business on how we work with clients, landlords and agencies. With that in mind, what follows is a selection of positive comments we have received over the past couple of years. Keep them coming!

The Baltimore rentals team were great. They found us a neat apartment in Midtown that was close to everything and didn’t break the bank. We know who we’re using next time we work away from home. Thanks guys!

Anyone who needs a friendly, approachable rentals company to manage corporate housing should work with Blu. They have found accommodation for us over the past three years and haven’t let us down at all. Decent people to work with, well recommended.

The Blu people are as good as they come. They do pretty much what they say they will and always return calls. In this day and age, where customer service is a poor second to profit, it’s reassuring that some companies still care. I use Travelers Haven all the time now. 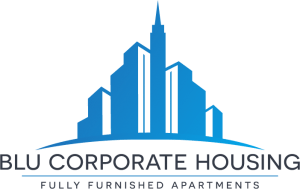 Many companies make promises but not all of them keep to those promises. Blu does. They looked after us, found us a lovely rental in Baltimore and followed up to make sure everything was going well. We would recommend them to anyone.

Using rented apartments from Blu is so much cheaper than using hotels. We were spending thousands of dollars a year that we didn’t have to, it’s just a shame it took us so long to find them. We are saving a fortune by using them now. We now get a furnished apartment with a couple of bedrooms, in a good area for the same cost as an average hotel room near an airport. It’s no competition. We know who we’re using from now on!

Baltimore is a surprisingly nice place to spend time. We just spent eight months there on a large project for the Port Authority and enjoyed it more than we thought we would.

We regularly use Blu Corporate Housing to find corporate rentals for our people. They can find just about anything, anywhere, including penthouse suites for our board members. They regularly provide a range of furnished accommodation at acceptable prices. In a market where landlords call the shots, that’s quite an achievement!

We’ve been in Baltimore for about 8 months and we like it. We have a great little furnished rental in a nice complex near to Riverside Park. We moved here from Florida and used Blu to find us a rental before we committed ourselves to a long term contract. It’s the ideal way to explore a new city without being tied down.

I want to express my gratitude to Blu for finding me that furnished rental in Baltimore. Thanks!