Miami, Florida is situated on the spit of land southeast of the country. The city is huge, spreading north to south for miles and is home to around 5.5 million people. Despite its size, the climate and way of life here is idyllic.

The Tequestas originally lived in the area until the Europeans arrived. They had been here for thousands of years until the ground was claimed by the Spanish in 1566 and settled by Americans and others in 1821 after Fort Dallas was built to suppress the area. 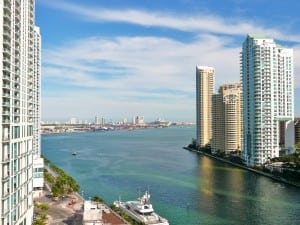 People flocked to the area from the north for the weather and amazing growing conditions. Citrus fruit was the first major industry here with many growers moving down, claiming land and making their fortunes from fruit. One grower, Julia Tuttle moved down from Cleveland, set up her farm, convinced the Florida East Coast Railway to come to the region and began what is now Miami. For that, she became known as “the mother of Miami.”

The town grew rapidly thanks to its location, the railroad and the climate. Agriculture remained the main employer and source of wealth in the area until World War 2 when the military came to town. Then, in 1959 when Fidel Castro gained power in Cuba, many Cubans fled the country to Miami, expanding the population immensely.

The modern Miami is still famous for growing, but other industries have taken over wealth creation. They include finance, commerce, international trade and tourism.

Officially, Miami has a tropical monsoon climate, meaning hot humid summers, short mild winters. Spring and fall aren’t really distinctive and sort of blend in with the other two seasons. We don’t get much rainfall, no snow, but we do get storms. Hurricane season runs from June until November and we get hit with a big one every now and again. 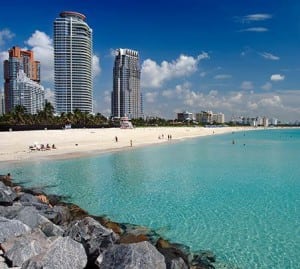 Most people fly into Miami through Miami International Airport although we also have access to Fort Lauderdale-Hollywood International Airport, Opa-locka Airport in Opa-locka and Kendall-Tamiami Airport. MIA is a major air hub and gets exceptionally busy during vacation season. It’s large enough and well planned enough to cope though.

Miami is the terminus for Amtrak services that go north to New York. We also have commuter trains in Tri-Rail, Metromover and Metrorail. Each is well run and efficient at moving large amounts of people around. We are also well served with buses as Metrobus runs hundreds of services across the city.

Most people travel by car, making the city center quite busy at all times of day. That said, it’s still relatively quick to get from one place to another. We also have the I-95, the I-75 Florida Turnpike, Highway 836 and state highway 826 running near or through the city. Given the popularity of the city for tourists, car hire is unusually cheap here, making it a popular option for visitors.