Arlington is one of three cities inside the Washington Beltway in Washington D.C. Along with Falls Church and Alexandria, Arlington makes up one of America’s most densely populated areas. It sits across the Potomac River from the capital and is home to some 230,000 people. 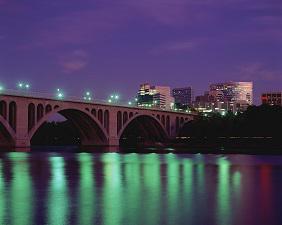 Arlington is inside the ten square miles that makes up the District of Columbia and its proximity to the seat of power means government and supporting industries make up a huge part of the local economy. This gives the region one of the lowest unemployment rates of anywhere in the US.

Tourism is huge in Arlington and Washington D.C. thanks to the wealth of monuments, public buildings and open spaces. Alongside government, lobbyists and supporting companies, tourism makes up a large part of the economy.

Corporate housing in Arlington is a mix of old and new apartments, condominiums and town houses. Good public transit services and plentiful road links means getting around is easy.

Government has a huge presence here, with Arlington being home to many agencies. They include the Air Force Office of Scientific Research, DARPA, Diplomatic Security Service, Drug Enforcement 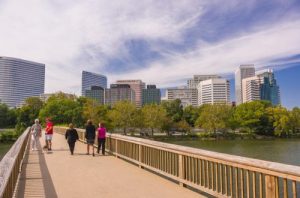 The Department of Defense is by far the largest employer with the Pentagon being close by and many other offices around. Private employers include Deloitte, Accenture, Lockheed Martin, Marriott International, Booz Allen Hamilton, SRA International, CACI and US Airways.

Given its proximity to the capital, there are numerous ways in and out of the city.

If you travel by car, you have the I-395, I-66 and US-50, George Washington Memorial Parkway and US-1 from the South. They all connect to the Washington Beltway, I-495.

The closest Amtrak is Union Station in Washington D.C.

Employment is high in Arlington so the city can seem empty during the day but explodes at rush hour and remains buzzing into the night. With public transport so good and many landmarks within walking distance, many people prefer to leave their car at home.

Highlights of Arlington include The Pentagon and Arlington National Cemetery.