Fresno is Spanish for ash tree, which were plentiful when the city was first settled. The ash leaf is also represented on the city flag. Fresno is in California, around 200 miles north and inland of Los Angeles.

What is now Fresno was once home to the Yokut people who lived around the San Joaquin Valley. They lived peacefully in the area until being ousted by settlers who arrived with the Gold Rush in the early 19th century. 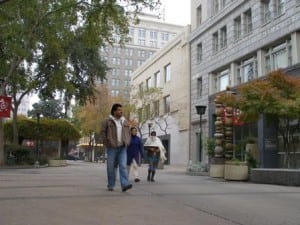 While prospectors came and went, it wasn’t until 1871 that the land could be tamed to provide bounties of other kinds. Anthony Easterby bought land alongside the river and had it irrigated to provide fertile land to grow crops. It was this single advance that made Fresno possible.

With the ability to grow food and make the land pay, people moved or stayed in the area as the Gold Rush moved on. A year later, the railroad arrived, further securing a future for the young settlement. The influx of people and employment in agriculture provided a stable base from which Fresno could grow.

Fresno was incorporated in 1885, by then a burgeoning town with a railway station, stores and a thriving local economy. With none of the upheavals or historically significant events that feature in other cities, Fresno was left to grow at its own pace and maintain an honorable, politically stable environment.

The modern city is as diverse as any other, with Little Armenia, German Town, Little Italy and Chinatown making up diverse cultural neighborhoods within the city.

What to do in Fresno

Fresno is a decent-sized city with a hard working population. It isn’t just about work though, as we like to let our hair down and relax as much as the next guy. There are plenty of attractions in Fresno and it isn’t just a city people stop by on their way to somewhere else. 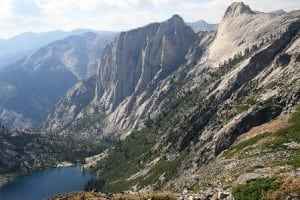 We have an energetic arts and cultural scene. The mix of ethnic diversity means there are arts and crafts of all kinds to experience here. Highlights include; ArtHop, Fiestas Patrias at Fulton Mall, Fresno Film Festival, Fresno Greek Fest, Fresno Sweded Film Festival and the Rogue Performing Arts Festival.

Music is a big part of any city’s landscape and Fresno is no different. There are plenty of things to see and do once the sun goes down and here are just a few; Azteca Theater, Tower Theatre for the Performing Arts, Youth Orchestras of Fresno, Saroyan Theatre and the Veteran’s Memorial Auditorium.

History is important to all of us which is why we work so hard to keep it for future generations to appreciate and learn from. Highlights of museums in Fresno include; African-American Museum of the San Joaquin Valley, Discovery Center, Forestiere Underground Gardens, Legion of Valor Museum and the Arte Américas.