Festivals and Events in San Francisco

If you want to experience the real San Francisco, you need to see some of the festivals and events held regularly in the city. They celebrate a mixture of culture, history and local tradition. Some are more involved than others, but all are worth a visit if you’re in the city when they are on. 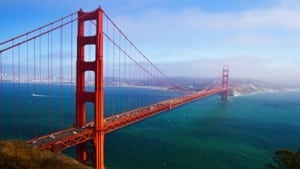 The Sisters of Perpetual Indulgence Easter Celebrations is a bit of light-hearted fun which began as a prank in the 1970s. A group of men dressed up in nun outfits from a showing of the Sound of Music and bestowed absolution in Dolores Park. The tradition endured and can now be seen every Easter weekend.

The Cherry Blossom Festival is an Japan-inspired festival in April each year that celebrates Japanese culture, food, martial arts and dance. There is a parade that beings by the Civic Center and goes all the way to Japantown. It’s loud, colorful and well worth a visit.

The San Francisco International Film Festival is for theater buffs and is the longest-running film festival in the country. Held in late April to early May, these are the hottest tickets in town for that time of year. An average of 200 movies are shown to over 100,000 visitors during this festival alone.

The Cinco de Mayo festival is South America’s version of St. Patrick’s Day. The celebration of the Battle of Puebla is a riot of music, dancing and drinking for an entire weekend and is help around Dolores Park on the nearest weekend to the 5th May.

In an attempt to make this as inclusive as possible, it’s a mouthful to say. The Lesbian, Gay, Bisexual and Transgender Pride Parade is a celebration of diversity and is a camp, fun parade for anyone broad-minded enough to appreciate it for what it is. S 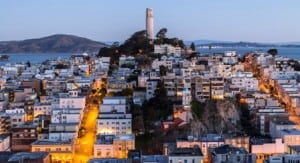 ee it in June each year.

The Union Street Festival is a weekend in early June which celebrates San Francisco culture at its best. See local artists, eat, drink and be merry. It is a great street festival that holds the tradition of festivals close to its heart.

The Fourth of July Waterfront Festival is the place to be during this holiday. There is entertainment aplenty, food stalls, drink, dancing and of course a fireworks display once the sun goes down. If you don’t entertain family at this time, this is the place to be.

Those are just a few of the hundreds of festivals and events held in San Francisco throughout the year. If there is a culture and an art form to celebrate it, you can find it here! Click here to view our corporate housing in San Francisco.