As well as being one of the most famous cities in the country, San Francisco is also one of the most populated and the most exciting. Located on the Pacific West Coast, the city is famous for its creativity, landmarks and relaxed way of life. 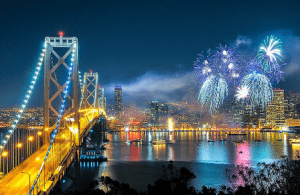 The Spanish founded the Presidio of San Francisco and the Mission San Francisco de Asís in the late 17th century, but they weren’t the first settlers in the area. Remains and artifacts have been found that date back 5000 years, predating the Native American tribes by a couple of thousand years.

The transfer of California to the Mexicans didn’t go too well as we all know. The Mexicans promptly sold the land. Then the Mexican-American War ceded the entire state and Europeans settled in earnest. The first such settler was William Richardson, an Englishman who had bought land from the Mexicans when they still owned it.

Richardson built Yerba Buena, which he renamed San Francisco after the war. The town prospered, especially during the Gold Rush. The town grew steadily, supplying the miners with everything they needed, with supporting industries being established all around the area. Once the Gold Rush ended, there was enough diversity in the local economy to allow San Francisco to survive and thrive.

No history of San Francisco would be complete without mentioning the great quake of 1906. At 5:12 in the morning the first shocks split the city and devastated large areas. Once everything had quieted down, the city cleaned up and rebuilt on a much grander scale.

What to do in San Francisco

With a huge and varied populace, our city has a huge amount going on. There is a real mixture of cultures and tastes which provides for an exceptional variety of entertainment, arts, culture and heritage options. Here are just a few of them. 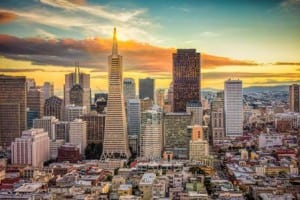 San Francisco is famous for its art and creativity and there are plenty of opportunities to see it in action. The sheer number of art galleries, concert venues, cultural centers and things to do is likely to keep you occupied for days. Highlights include; San Francisco Symphony, American Conservatory Theater, Palace of Fine Arts and The San Francisco Museum of Modern Art.

Music is food for the soul and nowhere is that more true than in San Francisco. We have literally hundreds of bars, restaurants, clubs, comedy clubs, live music venues and places to let your hair down. Highlights include; Marrakech Magic Theater, Beach Blanket Babylon, Teatro ZinZanni and the Fillmore Auditorium.

Having one of the longest and most illustrious histories in the country, it’s only right that we have some of the best museums and heritage sites too. Highlights include; the Asian Art Museum, Cable Car Barn & Museum, de Young Museum and the Museum of the African Diaspora.