Tulsa is on the edge of the Great Plains in Oklahoma and is a great place to be. We retain that Southern charm, are friendly and down to earth and that makes for a great, neighborly city. The city itself is well-run, well-kept and offers opportunities for those who work hard. We love it here and hope you will too.

The area that is now Tulsa was once Native American land. The Lochapoka and Creek tribes lived here during the 19th century and called the place “Tallasi” or “old town.” European settlers gradually spread west and settled here because of the convenient location near the Arkansas River and was officially recognized as a town in 1898. 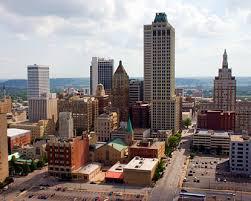 The discovery of oil in Glenpool brought a lot of money and a lot of people to the town which prompted major growth almost from the outset. That oil continued to flow through the Great Depression allowing us to survive somewhat better than the rest of the country. It brought growth and a huge building program with it, which is why we have so many excellent examples of art deco architecture.

In 1925, one Cyrus Avery founded the U.S. Highway 66 Association which would result in probably the most famous road in the country. He wanted to link Chicago with California, running near Tulsa. The completion of the road brought tourists and travelers to the city and many new businesses serving this new audience were established.

The energy crash in 1982 saw Tulsa suffer terribly as the oil companies left and prices for oil and gas plummeted. This prompted a diversification program that would see our economy shift from energy to include aerospace, technology, telecommunications and manufacturing.

Tulsa has a temperate climate on the edge of the Great Plains. We get the warmth from the plains and a nice wind to take the edge of hot summers. Winters are cold but mild while spring and fall are quite wet. We are in the center of Tornado Alley though and get a lot of storm activity during spring and summer. 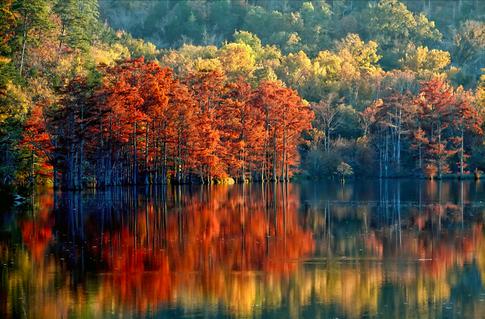 If you fly into Tulsa, chances are you’ll fly into Tulsa International Airport. We have Richard L. Jones, Jr. Airport too, but most carriers use TIA. It isn’t far from the city center, north of Downtown. We have no train service here, but we have Greyhound buses and a local commuter service.

As with any city in the US, you get around Tulsa mainly by car. The US 169, US 75, I-244 and I-44 run through or near the city itself. Getting around the city is easy enough, but it can get a little congested during rush hour.

Cycling is also well supported here with an extensive network of cycleways and paths. The city actively encourages cycling and there are for bike loan depots, offering free loans for 24 hours spread around the city.