Dallas is a huge metro area conjoined with Fort Worth to make the Dallas-Fort Worth Metroplex. It is an open, diverse city with cultures from across the world having a voice here. It’s also a center for technology and art making it a great place to explore.

The area that is now Dallas was first settled in 1841 by John Neely Bryan. His intention was to trade with the Native Americans of the area, but they were forced out in 1839. Instead, Bryan settled here and along with J.P. Dumas, mapped out what is now Downtown. 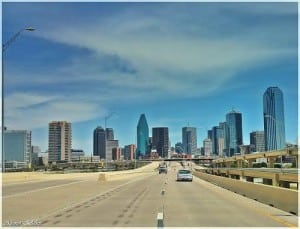 A few years later, a bunch of artists from France, Holland and Belgium settled in a small community and called it “La Reunion.” This community didn’t survive long and the inhabitants all moved to Dallas to what is now Deep Ellum. The town grew steadily through slavery, freedom, the KKK and other influences until it became a city in 1871.

The crossing of the Houston and Texas Central Railroad and Texas and Pacific Railway through the center of Dallas in 1873 brought much trade and employment with it and ensured its success as a commercial city.

The early industries in Dallas was farming and ranching. As time went on, these were joined by drug manufacturing, books, jewelry and liquor, making it a firm favorite in trade from every direction of the compass. This was quickly followed by grain, cotton and livestock to make Dallas a thriving trade center.

The discovery of oil in 1930 changed everything. Suddenly there was more money than sense and the city grew at an amazing rate. The economy spread, diversifying into auto manufacturing, telecoms, oil products and technology.

Dallas has a humid subtropical climate, meaning lot hot summers, hot dry winds and cool winters. In summer, the city is one of the hottest places to live in the country and AC is a must wherever you go. We rarely get snow, but it happens even if it’s only for a day. If you love sunshine, this is definitely the place to live!

Use Dallas-Fort Worth International Airport if you’re flying in. It’s a short drive from the city and within easy reach. There is also Love Field or Addison Airport too, but these are smaller and only provide a few commercial flights.

There are two train routes run by Amtrak, the Texas Eagle and the Heartland Flyer. Both stop here and connect us to Chicago, San Antonio and Oklahoma City. We are quite well served by buses too, with Greyhound, Megabus, Autobus Americanos, Turimex Internacional and El Expresso running routes. We also have the DART, a commuter system of trains and buses serving the city and the suburbs.

The sprawl of Dallas means you need a car to get anywhere. That also means rush hours can be a challenge. The rest of the time, traveling around the city is a breeze.