Roanoke is a city in Virginia that sits astride the Roanoke River. It is currently home to around 97,000 people and is the largest city in Southwest Virginia.

The first notes about the area date as early as 1671, when pioneers first noted a fertile plain beside blue mountains. It wasn’t until the 18th century, in search of new settlements, that people moved to the area from Virginia and Pennsylvania. Farming began in the Roanoke valley by 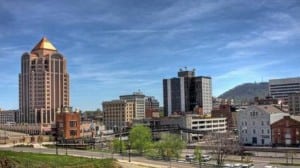 As with many areas of our country, population, farming and industry expanded and the requirement for new space was ever present. The city began life as Big Lick, a small town that was established in 1852. Thanks to the expansion of the railroad, Roanoke became a burgeoning little town and was eventually chartered in 1874.

What were little settlements of Antwerp, Gainesborough, Vinton, Old Lick and Big Lick gradually became one big city, Roanoke. Once the Norfolk and Western Railroad arrived, the town was growing steadily. The arrival of the train boosted growth significantly.

Roanoke has always been a transport hub, thanks to railroads, then roads. Modern Roanoke is still a transport hub of sorts, with railway junctions and highways threading through the area.

What to Do in Roanoke

Roanoke is the cultural hub of the Blue Ridge Mountains and there is plenty going on here if you like your arts and culture. The city is home to the Center in the Square, Hopkins Planetarium, Taubman Museum of Art, Roanoke Children’s Theatre, Roanoke Civic Center and the Mill Mountain Theatre. 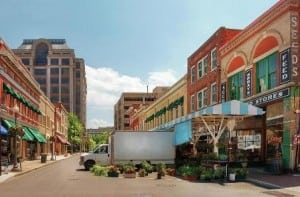 Roanoke has a lively music and entertainment culture, with plenty going on all year round. We like to let our hair down after a hard day’s work and there are plenty of placed for us to relax. They include; Downtown Roanoke, Southwest Virginia Ballet, Roanoke Symphony Orchestra and Chorus and plenty more.

The city of Roanoke has plenty of history and we preserve and celebrate it whenever we can. We have a range of museums and attractions that seek to inform, honor and pass on our history to future generations. They include; Virginia Museum of Transportation, Harrison Museum of African-American Culture and the O. Winston Link Museum.