The History of Phoenix

We are still a young country, but we have plenty of history to be proud of. Anyone visiting Phoenix, Arizona will have plenty of opportunity to explore our history as well as experience the past of locations further afield.

If you’re visiting or moving to Phoenix, we want you to see and learn as much as possible about our history. To that end, we have put together this list of the top historical attractions of the area. It isn’t an exhaustive list by any means, but it’s a starting point for all those who love learning about the past. 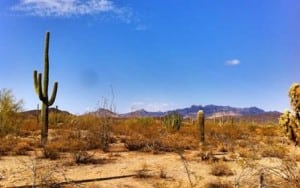 The Pioneer Living History Museum is a short drive from Downtown Phoenix and is well worth a visit. With live re-enactments, actors playing parts of famous historical figures and plenty to see an do, this is one venue you simply must see when you visit Arizona.

Hall of Flame Museum of Firefighting

The uniquely-named Hall of Flame Museum of Firefighting is an opportunity to explore the lives of those who keep us safe and sound. With exhibits going back to 1725, this museum is a glimpse into the lives of firefighters throughout the ages.

The museum has five exhibit galleries and a small theater that presents videos relating to the history of firefighting. It is also houses the National Firefighting Hall of Heroes, honoring those who have fallen fighting fire since 1981. 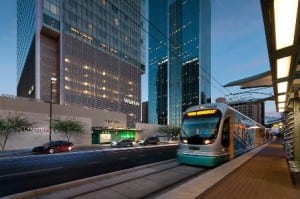 The rather obviously named Phoenix Museum of History sits inside the Heritage and Science Park in Heritage Square, Phoenix. The exhibits showcase the early history of the area including wagon life, the telegraph, buildings and way of life since the area was first settled.

It’s an interesting step back in time to see how those first settlers lived and survived the elements. A humbling but interesting way to spend a day.

The Pueblo Grande Museum and Archeological Park is a short drive from Phoenix, but is well worth a visit if you’re in the area. Here you can see a 12th century Hohokam settlement and the earliest irrigation canals that made Phoenix possible.

There are also excavations, reproductions of local life, a nature trail and the remains of our predecessors stretching back over 1500 years.

Like our other lists of places to visit while in Phoenix, this is hardly exhaustive. It is somewhere to start if you’re visiting or moving to Phoenix. It should hopefully be enough to whet your appetite for learning more!