San Diego is an amazing place to live and work. It’s economy is now built around tech and defense, who industries that can weather almost any storm. The location is great, the climate amazing and the city has a great mix of cultures and influences, making it a very cosmopolitan place to call home.

The area that is now San Diego was originally home to the Kumeyaay. They were gradually ousted from the area once the Spanish settled the area in 1769. Spanish explorer, Sebastián Vizcaíno surveyed the bay area from his ship the San Diego and named the area for the saint his ship was also named after, St. Didacus, or San Diego. 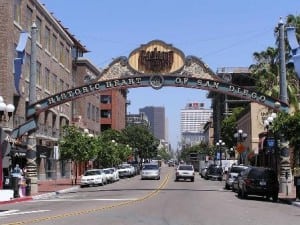 Like many cities in the US, the arrival of the railroad helped trade and ensured the continued survival of the city. Having no specific economic strengths means that the city hasn’t enjoyed a niche or particular product or resource, San Diego has relied on tourism and conventions to survive. Something it still does today.

The bay area was taken up by the U.S. Navy in the early 1900s and has been here ever since. The Navy has had a significant role to play in our culture and economic stability, which it retains to this day thanks to basing the Pacific Fleet in the city and building  Naval Air Station Coronado nearby.

The climate in San Diego is truly enviable and one reason why everyone likes to either visit or live here. We enjoy lots of sunshine and quite low humidity, making for an ideal climate in which to live. May and June tend to be cloudy, while September sees our hottest temperatures.

Californian weather is a very mixed bag, but around here, it’s mainly dry with a Mediterranean feel to it.

Getting Around San Diego 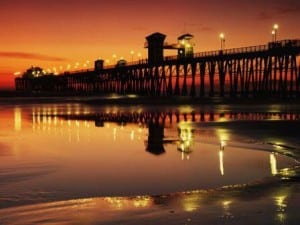 San Diego International Airport is our main route in and out for long haul travel. It’s only 15 minutes from the city center and easily accessible. It does give first timers a bit of a scare though, especially when they see how close to the city they land!

Trains use the Santa Fe depot and are mainly run by Amtrak. Their services run up and down the Californian coast, as well as inland. There is also the commuter train service, the Coaster. It links most of the north of the city from Downtown all the way to the Metrolink into LA.

There are buses in and out of the city, as well as around. Greyhound, Crucero, Hoang Express, LuxBus and Volaris all run bus services in and around the area as well as further afield. You can also arrive by ship at the Cruise Ship Terminal, which is a nice way to get around if you’re not in a hurry.

Driving around San Diego is relatively easy for a city. Freeways 5, 8 and 15 all intersect around the city, making travel pretty good. There are the usual rush hour problems in the center, but the rest is simple.