All About Houston Texas

Houston, Texas is the country’s fourth largest metro area, home to over 6 million people and the capital of Texas. The city sprawls over hundreds of square miles and has one of the most diverse populations in the country. It’s a fascinating, challenging place to live.

Houston was planned by brothers Augustus Chapman Allen and John Kirby Allen who bought 6,000 acres of land on the banks of the Buffalo Bayou. They designed the city in 1836 and named it after the state governor of Texas, Sam Houston. 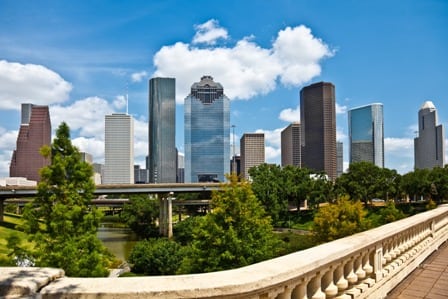 The area was ideal for a port city and this was the first aspect of the new settlement to undergo construction almost as soon as the plans began. In 1837, Houston got its first mayor and chamber of commerce. Local industries began developing, the port grew and the city grew with it.

The arrival of the railroad was the next big development and the one that had the biggest impact. It turned Houston into a transport hub and the center for the cotton trade in Texas. Imports and exports, as well as transportation inland secured the early future of the city and ensured a steady supply of money and jobs for the people.

By 1930, Houston was the largest city in Texas and growing at an accelerated rate. Fortunately, jobs were plentiful and we had enough going on to enable us to survive the worst of the Great Depression. World War Two saw the military arrive, with bases, manufacturing and transportation all making a home here.

Once the war was over and air conditioning invented, big business began moving in. The friendly climate, availability of land and development grants all conspired to help the city grow to what we see today. The arrival of NASA brought with it lots of technology and aerospace and energy soon followed. 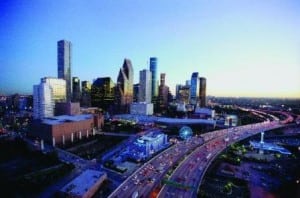 The climate in Houston is hot, with long sunny summers and generally mild winters. Our proximity to the ocean means we do get a bit of cloud and some rain, which is a nice relief from the heat. Life is only bearable here during summer if you have A/C.

Amtrak has only a single passenger line into Houston, the Sunset Limited line.  METRORail is our local commuter line and is extremely popular. Buses are plentiful, but mainly used by braver commuters. They aren’t our main way of getting around. That’s the car.

Getting round Houston by car is pretty simple. There are a few freeways, tollways and highways to help you get around and as long as you avoid rush hour, you can get anywhere in town fairly quickly.