Houston is the largest city in Texas and sixth largest in the US. With over 2 million residents, it’s a very lively place to live. Located near Galveston Bay and the Gulf of Mexico, it’s a very popular place to 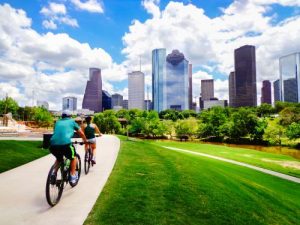 Houston has a young demographics with energy being a dominant force within the local economy. With space, the port and international companies having a presence here, diversity is a key characteristic of the city. It makes for a lively and very interesting place to spend time.

Corporate apartments in Houston are spread out across the city in Downtown or the suburbs. All will be of a high quality, in secure properties and include all furniture and utilities.

Houston has a huge employment base and low unemployment. Known mainly for energy, research and tech are also strong influencers. The University of Houston has a huge presence here and acts as a feeder for many of the more advanced jobs in the local economy. 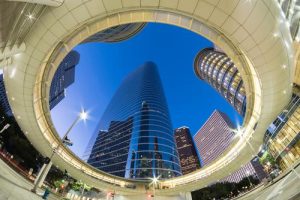 Arriving by rail will use Amtrak’s Sunset Limited line which is the only connecting rail link. METRO is the local light rail and covers most of the city.

Buses are plentiful in Houston and are run by Arrow Trailways of Texas, Autobus Los Chavez, Greyhound, Megabus, Turimex Internacional and Zima Real.

There is a lot to living in Houston. The diverse character and culture of the city makes for a very interesting mix of nationalities, languages and influences. It is one of the most diverse cities in Texas and is all the better for it.

For more information, questions, or for exact pricing and current availability call (877) 683-4359 or use the contact form.

Blu of Houston > Entertainment in Houston > All About Houston >